The Maiwut community residents are incredibly thankful and excited for the new water system which will provide the capacity to meet the daily water needs for up to 10,000 residents.

During the dry season, residents often gather water from hand dug wells; water that is often contaminated and unhealthy. The new system will pump water from a deep, underground acquifer. Soon the Maiwut residents will realize significant health and economic benefits from the system.

In early March, geophysical testing and the overall design of the system was finalized. Drilling sites and water distribution points were selected. By early April, Aqua-Africa’s drilling partner, CRN, began mobilizing its drilling rig and transport of the remaining construction materials to Maiwut. This includes solar panels, submersible pumps, electrical and plumbing components.

Maiwut is in a remote area, and its population is among the poorest in the country. Logistics and increased costs for materials and insurance have challenged our team. But we’re excited by the progress and by the opportunity for real impact!

Aqua-Africa is grateful to its donors who have supported this efforts thus far, including Rotary International, Samaritan’s Purse, Sisters of Charity Leavenworth, the Faith family and many others. You are awesome! 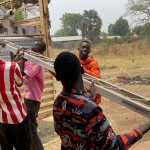 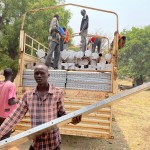 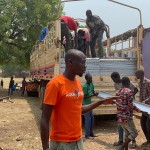 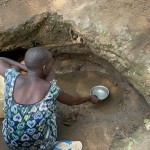